Skip to content
Sports Illustrated “Marijuana Can Make this World a Better Place!”

As the San Francisco 49ers tried a slow stroll to Super Bowl LIV, they were violently rerouted by a towering tree of a defensive lineman.

With the lead and the ball in the fourth quarter, the Niners were twice forced to punt away possessions because of the Kansas City Chiefs’ Chris Jones. With a frame somehow both long and thick, the 6-foot-6, 310 athletic freak reached up and deflected crucial Jimmy Garoppolo passes into incompletions. MVP Pat Mahomes only made plays on offense after Jones got him the ball on defense.

It reminded football fans of the importance of a pass rush. It yanked me back to a former Dallas Cowboy.

David Irving, the tree done in by the weed.

Sure, Irving curiously chose taking a hit over, well, taking a hit. But the former Cowboys’ rising star didn’t up and quit the NFL solely for the recreational high of marijuana. He insists his stance – surprise! – isn’t to party, but more so for prosperity.

“I know the perception people have of me is that I’m some sort of gangsta, homeless pothead,” Irving told me recently. “But I gave up football for a bigger cause. I want to change the bias toward marijuana. I want to educate America that it’s not a drug, it’s medicine. The real reason I’m not in the NFL is that I’d rather be out here saving lives.” 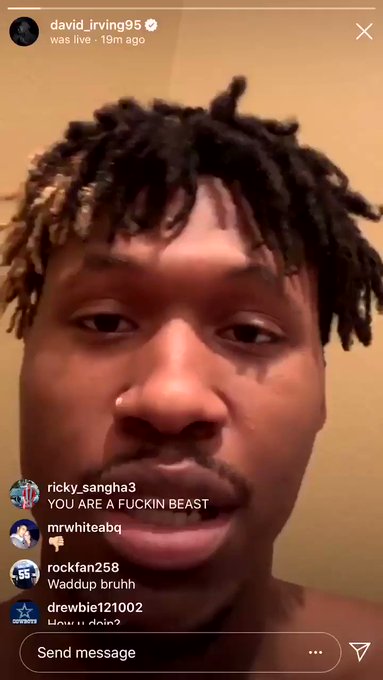 Upon his infamous “retirement” from the Cowboys and the NFL last March via live Instagram video, Irving hung up his helmet, moved to San Jacinto, California and began his new pot-over-pigskin life as a cannabis connoisseur. Among his many products, he recently launched Cannabis Passport, the world’s first rolling paper magazine that includes 100 premium hemp and soy-printed filter tips. 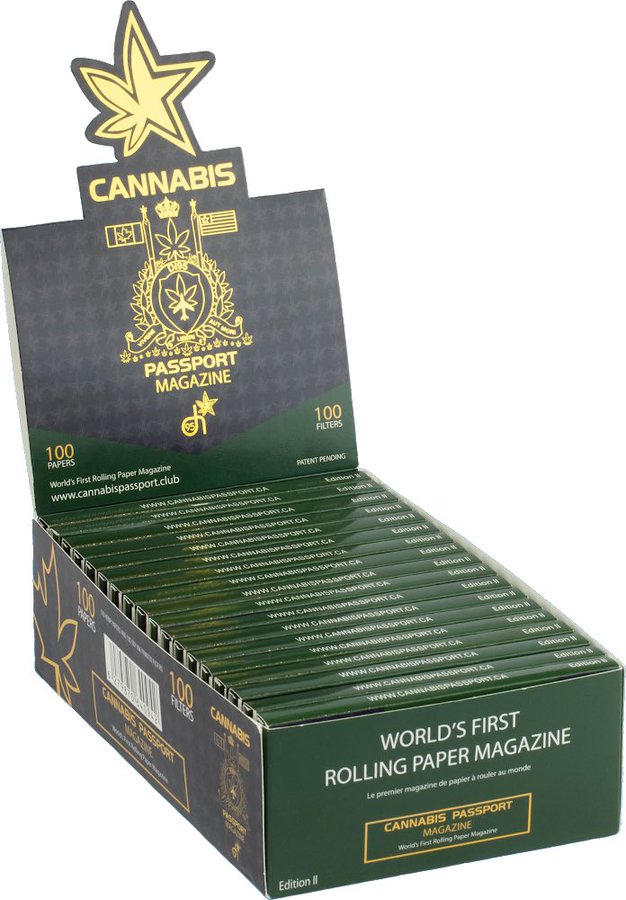 “I’ve been smoking since I was in middle school. Always had a 3.0 GPA. Never had any trouble with the law. We just need to stop already with the lies and misconceptions,” Irving said. “Marijuana is easing the pain of cancer patients. It’s adding years to dogs’ lives. It could help the NFL with its CTE problem, too. The stereotypes are nonsense. It’s just like prohibition, only 100 years later.”

I called Irving expecting to get a smoke-ringed combo of Willie, Cheech and Seth Rogan and instead got a contact-high’er learning from the 6-foot-7, 300-pounder unafraid to take on Snoop Dogg, Big Pharma and the NFL.

Not long ago, Irving was an asset. Out of Iowa State he was initially signed – ironically – by the Chiefs and eventually landed on the Cowboys’ practice squad. He blocked a field goal in 2015 and during 2016-17 recorded 11 sacks in 10 starts. On October 16, 2016, Irving was named NFC Defensive Player of the Week after helping the Cowboys beat the Green Bay Packers with three forced fumbles, a sack and, yep, a deflected pass.

His reward – those painfully awkward Ben Abbott TV spots notwithstanding – was more playing time and, eventually, a one-year, $3 million contract. But then came the tests – altered and manipulated by the NFL, he claims – that led to three suspensions for violating the league’s substance abuse program. Upon his indefinite ban last March, he said the Cowboys quit on him before he quit on them.

“Coach (Jason) Garrett told me I should just stop playing and to smoke all the weed I wanted because the team didn’t need me anymore,” Irving said. “It was pretty clear they were done with me.”

In cutting Irving loose, the Cowboys say he had “checked out” of football, per our Mike Fisher.

With a stable Irving, Dallas might not have wasted high draft picks on defensive linemen Taco Charlton and Trysten Hill. The Cowboys certainly could’ve used “Dino” (then-defensive coordinator Rod Marinelli’s dinosaur-related nickname for Irving) last year, when the pass rush was de-clawed via an injury to Tyrone Crawford, a plateauing by Maliek Collins and the payday pratfall of a season authored by DeMarcus Lawrence. They finished 19th in the league with 39 sacks and, as a blight byproduct, tied for last with only seven interceptions.

Without a consistent pass rush, the defense inexplicably surrendered 24 points to the New York Jets (last in the NFL in total offense) and 31 to the Chicago Bears (29th) en route to 8-8 and their head coach’s dismissal.

For what it’s worth, Irving says he didn’t flinch when the Cowboys started 3-0 or gloat when they lost four of five with the season on the line in November-December.

“I heard the scores, but I didn’t watch. It’s bittersweet, ya know?” he said. “I miss football, but I don’t miss the NFL. Because it’s all politics.”

These days Irving is skeptical of his former team. Of the NFL. Of the government. Of, well, everything.

He estimates that “85 percent” of NFL players use marijuana in the offseason or outside of the NFL’s known testing window: April 20 (yes, 4/20) to the first preseason game. But he says he was tested repeatedly because testers claimed to have found increased testosterone, often associated with the use of performance-enhancing drugs.

“I had (marijuana) deliveries all set up (at Cowboys training camp) in California because I knew I’d pass all the tests,” Irving said. “But they found out about it and were out to get me. Made an example of me. Of course, we all know that if I played for the Jaguars it would’ve be no big deal. It’s because I played for America’s Team.”

Part of Irving’s retirement decision was based on football’s toll on his body. He estimates he suffered 25 concussions. He turned 26 in August.

“I have headaches and some PTSD, and marijuana helps me,” he said. “It’s not the problem. Opioids are. But the NFL lets players shove Xanax and Ambien and Hydros (Hydrocodone) down their throat like candy. Trust me, America’s epidemic is not some natural plant that God gave us to help us, among other things, manage pain.”

The foundation of Irving’s conspiracy theories is, of course, money.

“Marijuana can do so many good things, but the government can’t tax something you can grow in your backyard,” he said. “It would knock so many pills off the shelves if it were available everywhere. But we know the big pharmaceutical companies will never let that happen.”

Following in the footsteps of former Pro Bowl center and three-time Super Bowl champ Mark Stepnoski – who after retirement became the president of the Texas chapter of NORML (National Organization to Reform Marijuana Laws) – Irving isn’t the first Cowboy to stump for hemp. Only the loudest.

He promises change. He blames league leaders and lawmakers. He even calls out the most prolific stoner of them all, Snoop.

“We’re both from Compton and we know what’s up,” Irving said. “But he came out and said I made a bad decision. Really, Snoop?! I’m calling you out. I do this for medical advocacy, and you get high just to fuck with the police. It’s just not right.”

Irving seems content with his seemingly confounding choice. He’s committed to use his passion defending marijuana in the courts, rather than use his Chris Jones-like skill set defending passes in the Super Bowl.

“Doing her hair is the worst part,” laughs Irving, who says he recently won a custody battle for his 7-year-old daughter, Zoe. “Because she has her dad’s nappy hair.”

Irving likely won’t play another down of the sport he loves. He’s too busy sacking stereotypes.

“Marijuana can help heal people,” he said. “But the NFL is big business, and they don’t want you around if you make noise. Can’t take a knee. Can’t make a stand. That’s just not a place I’m interested in being around. If people will listen to me and get to know me, they’ll realize I’m not the troubled addict I’m painted out to be.

“I’m just trying to make this world a better place. Marijuana can help me do that.”